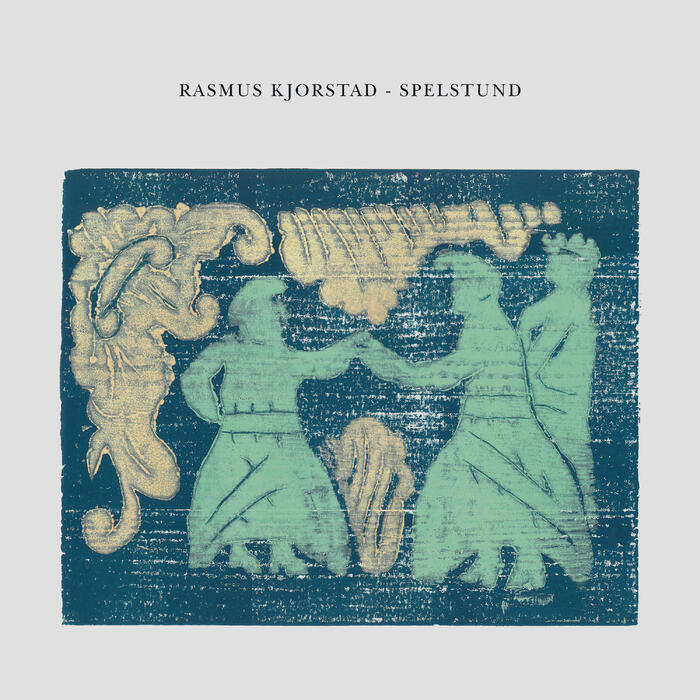 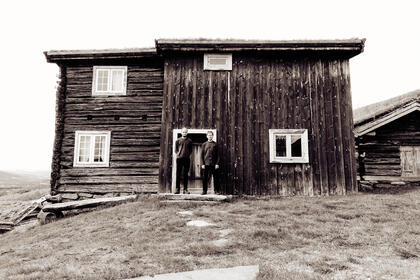 After his contribution to bands such as Kjorstad brothers, Morgonrode, Reolô and Vassvik, Rasmus Kjorstad finally releases his first solo album. On this record, Rasmus plays violin, octave violin and the traditional Norwegian instrument langleik. Rasmus’ langleik is an old instrument from Sør-Fron in Gudbrandsdalen.
This record consists of traditional tunes taught by Erik Bjørke, who has, over the course of several decades, worked tirelessly for the benefit of the music of Gudbrandsdalen. Today he is one of the most well-versed and knowledgeable fiddlers, with one of the greatest repertoires of traditional melodies, in all of the valley.

Rasmus Kjorstad presents a selection of traditional tunes, mainly fiddle tunes from Fron. The source ofalmost all of the tunes on this album is ‘Iver spelmann’, Iver Engjom Storodden (1842-1924), who played fiddle, clarinet and flute. Iver’s playing was documented in 1896 when the Swedish song collector Einar Övergaard notated 21 springleikar (a traditional dance form) one evening in Byre, which today is right in the centre of Vinstra. Later, a local collector, Pål Kluften, also notated several melodies by Iver.

Spelstund is recorded at the old and conserved farm Budsjord further north in Gudbrandsdalen by Anders S. Hana. Hana and Kjorstad has also produced the record. Recording and mixing by Anders S. Hana, mastering by Mike Grinser in Manmade Mastering, produced by Anders S. Hana and Rasmus Kjorstad, cover by Egil Kalman, the woodcut at the front of the record is by Hans P. Kjorstad.