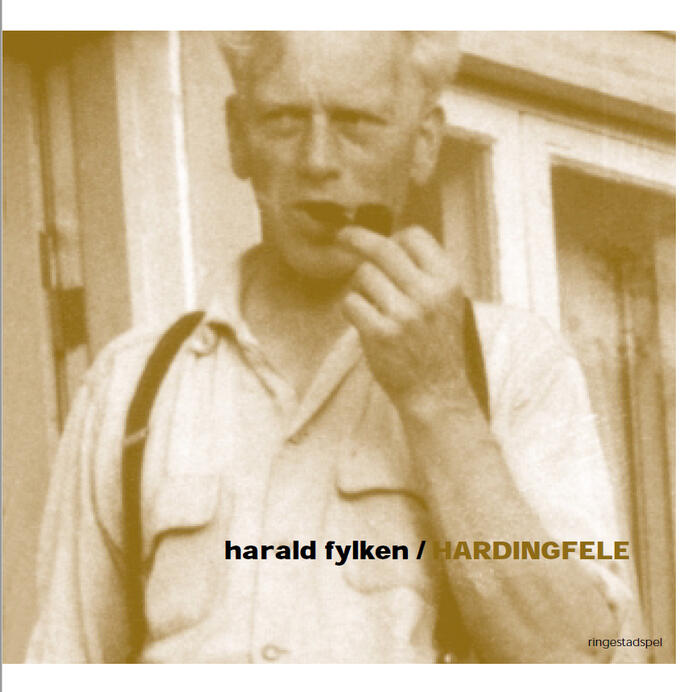 Harald Fylken (1910–1963) was born at Fulkji in Vestre Slidre to Nils Evensen, Vestre Slidre (1866–1961), and Agnethe Enger, Hamar (1876–1953). Nils played fiddle mostly for the household, but he influenced Harald so much that the son took up fiddle playing already in his boyhood. Early in the 1920s, Nils built the house at Fulkji next to the highway at Vøllabrune. He worked here year-round in his shoemaker workshop. The great fiddler Ivar Ringestad often dropped in on Nils, and the fiddle—which was always at hand—would come out, and there could be fiddling for hours on end.

Ivar was well grounded in the fiddling style of Vestre Slidre. His knowledge, his good technical skill, and the rich gift he had for harmonizing characterized his playing. With long bow strokes and skilled fingering, he expressed both the drama and the lyricism in the music, and he paid much attention to the strong and characteristic rhythm in the Vestre Slidre music. On the whole he had an exacting fiddle style, and he was considered one of the best fiddlers of his time. Those who heard him in his best years were full of praise. Once the government-appointed scholar Arne Bjørndal, on an information-gathering tour in Valdres, spent the night at Ringestad. Later he said, “There wasn’t much sleep. Ivar played all night in 12 to 14 different tunings. I haven’t heard the equal to that anywhere else in the land.”

The charismatic fiddler and his music made a strong impression on Harald. And because Harald had much of the same temperament, it was nearly a foregone conclusion that Ivar became Harald’s master teacher. Harald spent countless days together with Ivar, learning to play. Harald was capitivated by Ivar’s way of playing, and he cultivated Ivar’s playing faithfully. He was thus a worthy heir to this rich music tradition. As Ivar Ringestad’s student, Harald mastered the typical rhythm and flavor in the springar music especially.

Harald developed quickly as a fiddler and was a central figure in the folk music and dance environment in Slidre. Just after the Second World War, the fiddlers in Vestre Slidre met regularly, and Harald was one of those who taught tunes. At the end of the 1940s, interested folk in Vestre Slidre and Vang established the spelemannslag (fiddlers’ group) Valdreskvelven. This was an active milieu and in addition to Harald other fiddlers included Lars Bjerke, Jørgen Bøe, Ola Grihamar, Torgeir Havro, Knut Lyngstad, Lars Wangensten, Ola Fylken, Knut Hemsing, Knut Skjefte, Arvid Jacobsen Myhre, Kristian Husaker, Erik Stein Riste, and more. As time went by and several central figures passed on, activity in the lag nearly ceased. But later Valdreskvelven was reestablished as the spelemannslag for Vang.

Harald Fylken played in many weddings, and he was one of the most faithful fiddlers at the dance hall in Slidre for the Seventeenth of May celebration and other festivities. Harald didn’t especially like to be on stage and thus didn’t participate much in competitions—only a few times at the local competition and at the Hilme-stemne in Fagernes. He appeared on the folk music program on the radio but wasn’t very satisfied with his performance. Among friends and like-minded people, however, he performed quite well. When the monument to Sjur Helgeland was unveiled in Mørkdalen in 1958, Harald and his wife, Sigrid, were guests of ours at Voss. The evening of the unveiling, some fiddlers and other people gathered at the Vinje Hotel at Vossestrand. Harald played and the audience was infatuated. Afterwards I was busy answering questions about this fiddler the others had barely heard about.

When one produces a recording of Harald Fylken, and especially his music after Ivar Ringestad, one must say a few words about the artistic lineage at Ringestad. It reaches back generation to generation more than 250 years, with fiddlers and silversmiths. The story is that a fiddler from Ringestad was the first person from Valdres who, in the early 1700s, traveled to Hardanger to buy a Hardanger fiddle and learn to play it. From that origin, this artist and his successors adapted their local music for the Hardanger fiddle and developed their own Valdres music style. And so one can say that Ringestad was an original center for Hardanger fiddle music in Valdres.

Folk music is now spreading widely to the coming generations in regional courses and in country-wide institutions. These efforts are bearing fruit. With good instruments and clever teachers the music can be brilliant, but it also can be watered down and lose its local distinctiveness. Ivar Ringestad didn’t travel outside his valley with his fiddle, and Harald barely did, either. Their music thus was not influenced very much from the outside. They held the opinion that the old fiddling style should be protected.

About the music and the recordings.

It is impossible to avoid the name Ringestad when one studies the fiddlers and music from Valdres. No matter what direction one turns, the name pops up. It seems as if nearly all who have been active in fiddle music during the past 100 years have turned up at the Ringestad farm. In the long line of impressive musicians who came from this place, Ivar Ringestad was the last. There are no recordings of Ivar, but some of his best disciples are so documented. Along with Andris Dahle and Ola Bø, Harald Fylken was undoubtedly one of these disciples, and he is a solid bearer of the Ringestad tradition in the era of the tape recorder.

We would prefer to have Harald’s complete repertoire on this release, but such is not possible. The first tracks on this CD are taken from a series of recordings Gudbrand A. Brager made in April 1962. We also have recordings made by Arne Bjørndal in July 1957 and by Erik Steine Riste at Harald’s home in 1958. Beyond these, few recordings exist of Fylken. To the modern ear, the technical quality of most of this material is poor. The sound on the CD therefore isn’t always of the highest quality, no matter how much we tried to improve it with all sorts of technical equipment. We finally chose to present the recordings more or less untouched. The quality of the recording means little in the end when one gets to understand the music as this fiddler from Vestre Slidre interprets it. The fiddle playing is good, and that is reason enough for us to release this CD.

Harald Fylken’s musical expression is distinctive. There is something in the flow, the oblique tonality and how he formulates it, that catches the ear differently. Pay attention to the good and steady springar rhythm and to the special flavor of the listening tunes. Also typical of Harald is how he sets his fingers down on the string; and the characteristic grace notes he “strikes” in from the open string mark his expression. Generally there is little of the single-string playing and gliding tones that appear in other traditions from the district.

Ringestad’s era in the first half of the last century—a tradition that has had a great inflluence on the development of what we regard as the Valdres style. Through this CD we can get a sense of the lineage back to Ivar Ringestad and his sources. Harald Fylken shows here another dimension of Valdres music and gives us a taste of the distinctive music of Vestre Slidre.

Thanks to: Ola Hjelle.