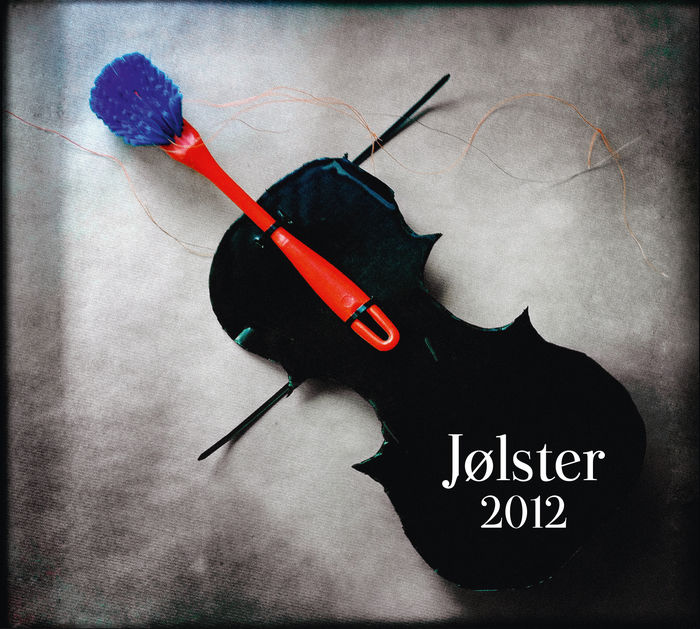 On this record, four fiddlers present their personal renditions of traditional tunes from Jølster, 2012 style. These tunes have been with us ever since we learned to play, and we have all added our personal touches, changing, developing and maturing them. Jølster is our native district and the source of much of our musical inspiration. We each have our own ideals and approach the music from our own perspectives, strong personalities adding to the wealth of variation inherent in the traditional tunes. Solo playing brings out every nuance, and it is in a solo context that we appear on this record.

1. Skreddarhusen, springar (Synnøve) Skreddarhusen, the legendary fiddler Andreas Egge from Sandalen in Jølster, recorded this springar for traditional music collector Arne Bjørndal in 1955. Judging from his recordings, he enjoyed playing in a rough, wild style with heavy stomping and cheeky quavers. This is precisely what inspired me to take up this particular tune, otherwise widely known and frequently played in a rather mellower version fashioned by Ole O. Viken (1848–1926) from Skei.
2. Larstunen, springar (Gro Marie) Sigmund Eikås (b. 1947) lives at Larstunet, Eikås, overlooking the river Jølstra, which runs from Jølstravatnet to the Førde fjord. The tune is named after his home. Listening to this tune, I can sometimes sense the motion of the river snaking its way down towards the fjord.
3. Bridal tune after Knut L. Sandal (Erlend) A mighty tune. Knut L. Sandal (1913–1964) recorded it for Arne Bjørndal in the mid-1950s. The form and style of my version is heavily inspired by his recording.
4. Springar after Anders Viken (Sigmund) When I bought a tape recorder in 1960, this was the first springar I picked up. The tape recorder was a major improvement from the handcranked gramophone that had been my tutor until then. Anders Viken (1898–1977) played this tune on the radio show Folkemusikkhalvtimen in 1961. He got it from his father, Ole O. Viken (1848–1926) .
5. Springar after Ole Viken (Sigmund) Ole O. Viken was a farmer, teacher and fiddler who competed several times in the championships in Bergen around 1900. This tune is built around a single set of strokes, an unusual
feature.
6. Halling after Bensen (Gro Marie) A tune after Johannes Nedrebø (1854–1934) from Ålhus. He was also known as Bensen.
7. Danse-Mari, springar (Gro Marie) The first time I heard this tune, I was struck by the excellent dance rhythm. The composer himself, Sigmund Eikås, was playing, and I remember the sensation of flying across the dance
floor. Since then, the tune has come to me on various occasions, mostly when playing at dances.
8. Stillelåt after Knut Ripe (Erlend) Arne Bjørndal has this to say about Jølster’s stillelåt tradition: ‘Stillelåt was a form of halling played in the bridal loft while dressing the bride. The women would sit still as if in church, frequently
wiping a tear or two.’ This tune differs slightly from most of the Jølster heritage in that it is in a minor key and invites a loose rhythmic interpretation. That is my opinion, anyway. The tune exists in a tape recording by Anders Viken,
who got it from his father, Ole O. Viken.
9. Springar after Bensen (Erlend) In my opinion, this is one of the finest springar tunes from Jølster, simple in melody and structure, but full of substance. Arne Bjørndal transcribed it from Johannes Nedrebø. Since then,
it has been developed by Sigmund Eikås.
10. Halling after Ole Viken (Sigmund) Ola Ryssdal (1872–1963), Sandane, transcribed several tunes after Ole O. Viken. His transcriptions were discovered in the University Library in the 1980s, at which time most of the tunes
were unknown. This is one of them.
11. Bensen, springar (Synnøve) This tune is Jølster’s all-time greatest hit, used and abused at championships and concerts for as long as I can remember. Sigmund Eikås has fashioned it based on a transcript after Johannes
Nedrebø from Ålhus.
12. Vikenspringar (Synnøve) This springar has had me laughing more than once. It’s a stubborn tune that twists and turns in unexpected directions, and I can’t help but smile when I’m playing it. It was transcribed after
Ole O. Viken.
13. Udelt springar (Gro Marie) There’s something delightful about those old, warped springar tunes that can’t seem to decide whether the meter has two or three beats. Musicologists have a hard time trying to transcribe them. I find them engaging and inspiring, and enjoy playing around with the rhythm. Anders Viken recorded this tune after his father, Ole O. Viken.
14. Springar after Sigfred Øvrebø (Sigmund) Sigfred Øvrebø (1914–1985) was a farmer and played the organ in the church at Ålhus. Although he knew a huge number of tunes, he didn’t spend much time playing the fiddle. All
the same, he wanted the material to survive, and we were able to record every tune he knew.
15. Sølja, bridal tune/rull (Sigmund) I made this tune in 2002. I find naming the tunes harder than writing them, so  to start with, this one had no name. Hearing me play it, Eva Kristin Svidal described it as ‘nice and shiny’. ‘I’ll
call it Sølja, then,’ I said.
16. Øvrebøspringar (Gro Marie) This is one of my favourite springar tunes, calling up colours and moods one can easily lose oneself in. The tune is after Sigfred Øvrebø from Ålhus.
17. Halling by Sigmund Eikås (Erlend) In my opinion, this is one of the very best halling tunes. It is quite  demanding, but has a heavy rhythmic drive that makes it hard to stop playing it once you’ve started. I’m happy to include it on the record, partly because it showcases Sigmund Eikås’ skills as a composer, and
partly because it’s an opportunity to present a little-known tune.
18. Bridal tune (Synnøve) Bridal tunes from Jølster have their own unique style, slightly melancholy and solemn. Sometimes, it’s as if time stands still. This tune was transcribed after Ole O. Viken