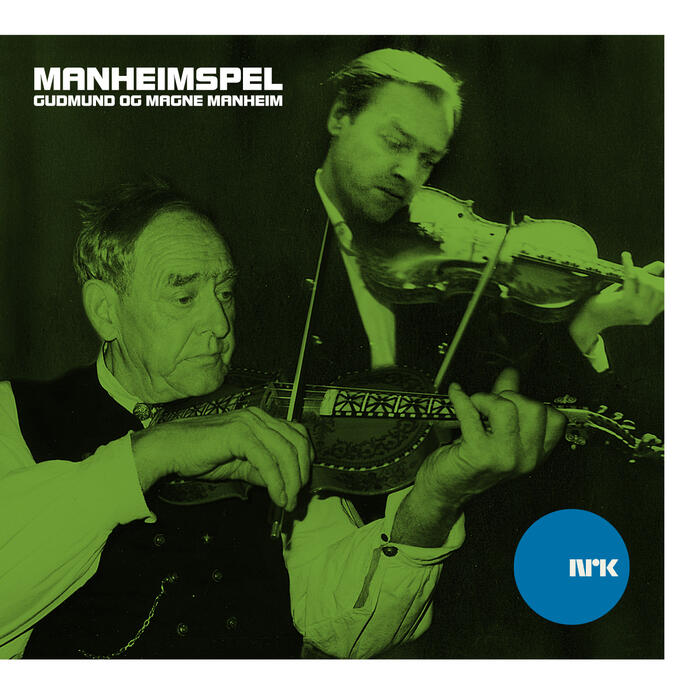 The art of the great fiddlers is founded on nature, culture and the numerous sounds and timbres of their environments. Manheim is located on the sunny side of the Seljord valley, against the backdrop of staunch Lifjell.

The farm’s high position provides a magnificent view of Skorve with the Kivle valley, Seljordshei, Gagnås and Brokefjell, a reminder of a cultural and musical heritage that includes the legends of the Kivle Maidens and Guro Heddeli. The front door at Manheim opens onto motives from paintings, poems, narratives, songs and Hardanger fiddle tunes. The hills are steep around Manheim, giving the impression that the meadows have sat up to listen to the music and watch the dancing as local settlers such as Rugg Rugtveit, Stabbe Strond and Grimar To gather in Sjeng Manheim’s yard. The interest in music and dance runs through the Manheim family. Their grandfather Egil and father Harald were both renowned fiddlers, so Gudmund and Magne are bearers of a proud tradition. Throughout the 18th and 19th centuries, the road went straight through Manheim’s meadows, and thus many travelling craftsmen, folklore collectors and fiddlers have visited the farm over the years. Visiting fiddlers have included Myllarguten, Håvard Gibøen, Øystein Langedrag, Leiv Sandsdalen and numerous fiddlers from Bø and Sauherad. Gudmund and Magne grew up with this rich heritage, and have continued to develop it in the company of other fiddlers. The Manheim tradition of music and dance lives on to this day. /Sigurd Telnes, local historian

Coming to Oslo during W.W.II, he studied with violinist Øivin Fjellstad (among others) and finished high school. He played an active part in Oslo’s traditional music circuit, becoming chairman of the Traditional Music Society in 1947. This brought him into contact with a large number of fiddlers, among them Henrik Gjellesvik, later to become his father-in-law. In the autumn of 1948, at age 20, he was made chairman of the National Fiddlers’ Society, probably its youngest chairman ever.

Magne quickly became involved in governmentfunded tours of concerts in schools, and with Riksteatret, the national touring theatre company. He attended the World Youth Festival in Prague in 1947 as part of the Norwegian artists’ delegation, visited the Soviet Union in 1953, and toured extensively throughout Europe. He began a collaboration with Eivind Groven on Norwegian broadcasting, which led to Groven including him in the Hardanger Fiddle Trio. He also collaborated with the NRK’s Rolf Myklebust, travelling, recording and presenting programs of traditional music. He recorded a large number of tunes for the NRK in the 1950s and 60s, when he was arguably at the height of his career. They include traditional Telemark tunes, West Norwegian tunes after Gjellesvik, concert pieces and compositions by Torkjell Haugerud, Schart’s transcriptions of Myllarguten, Eivind Groven’s pieces for two Hardanger fiddles, and more.

He contributed Hardanger fiddle performances to several theatre productions, among them Tjugendagen by Aslaug Vaa at Den Nationale Scene and Det Norske Teatret, Myllarguten på Bergenshus at the Bergen International Festival, the ballet Haugtussa at the National Opera, and the show Dans ropte fela featuring Kjetil Løndal and Sigbjørn Bernhoft Osa, which toured extensively in Norway, Europe and the United States during the 1950s and 60s. A climactic achievement was his premiere performance of Geirr Tveitt’s Concerto for Hardingfele og Orkester, op. 163 at the Bergen International Festival.

From 1956 onwards he was also a violinist and full member of the Norwegian Broadcasting Corporation’s orchestra, but he was still best known as a Hardanger fiddle performer. He took part in grammophone recordings, and his version of “Haslebuskane” with Talleiv Røysland wass a substantial hit.

When he retired, he moved back to Seljord with his wife, resurrected the Seljord Fiddlers’ Society with the help of his nephew Harald Manheim in 1991 and remained its artistic director until his premature death in 1997. His last public performance was in Seljord of Sigurd Nes’ poetic cycle Draum, containing three of Torkjell Haugerud’s tunes, alongside actors Nils Sletta, Astri Folstad, Hæge Manheim and Kristin Skogheim in 1994.

“It’s been a long time since we last heard Magne Manheim play the Hardanger fiddle. Though he is now a regular member of the NRK orchestra, I really wish we could hear him play a Hardanger fiddle solo again.” (Rolf Myklebust: Femti år med folkemusikk, 1982)

It seems to me that it’s about time Myklebust had his wish, and I’m only too happy to be able to include recordings by my uncle Gudmund as well.

ABOUT THE RECORDINGS
For this CD, we have focused on the Manheim and Seljord tradition. As championship recordings of Gudmund are scarce in the NRK archives, we have included a number of recordings made by Hallvard Bjørgum at Sanden in 1985. Most likely, the tunes are versions fashioned by his father and brother. We are indebted to Alf Tveit for the notes on Gudmund’s tunes. All the recordings of Magne were made by the NRK. He would often present the recordings himself, some of these comments are quoted in the notes, and a couple have been included on the CD. /Hæge Manheim

ABOUT THE INSTRUMENTS
Gudmund plays a Stjeintjønndal fiddle from 1958. Magne plays a Helland fiddle from 1925 and a Gunnar M.A. Røstad fiddle from 1919 called “Brita”, inherited from his father-in-law Henrik Gjellesvik.