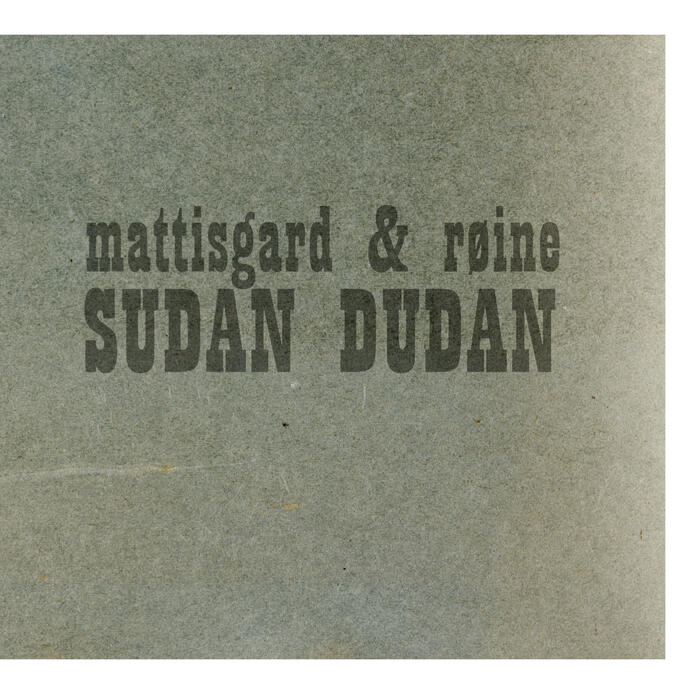 The interplay of two voices surrounded by the improvised plucked and bowed sounds of guitars, langeleik, fiddle, banjo and mandolin.

Sudan Dudan is the interplay of two voices surrounded by the improvised plucked and bowed sounds of guitars, langeleik (Norwegian zither), fiddle, banjo and mandolin, and focusing on strong melodies that have been honed over the course of several generations. These tunes are traditional, yet brand new: Unknown gems from archives and transcripts, and from more or less living sources in remote mountain areas.

Sudan Dudan tells of knights and other hapless inhabitants of broadside ballads, comic ballads, lullabies and other traditional songs. The lyrics deal with tragedy in all its many forms, with gallows humour very much in evidence. This is the stuff that rural people sang of, two hundred years ago: exotic, timeless, coarse and passionate.

Sudan Dudan is no mere historical reproduction, however. The performances and arrangements draw inspiration from diverse periods and genres, and the resulting music is a mixture of Norwegian song traditions and American old time music. The title track is based on a tune taught them by a Sudanese who stayed for a while with their record company in Vestre Slidre, Valdres.

Marit Karlberg (Mattisgard) from Valdres is a much lauded folk musician. Here, she sings and plays the langeleik. In 2003 she released Tre ord te de, a childrens record based on the vocal tradition from Valdres. She appeared in the Norwegian/Swedish Rikskonsert production The Magic Flute in 2005/6 and was awarded a state scholarship for folk musicians in 2006. She was also a member of the band Dvergmål, figuring prominently on the albums Song i himmelsalar (2004) and Visor og kvæde frå Blåbærglandet (1996).

Anders E. Røine from Bø, Telemark, sings and plays the guitar, mandolin, fiddle and banjo. He is currently one of the most important genre-bending folk musicians in Norway, playing in a number of different settings. He appears on albums by Ingvill Marit Buen Garnås (2003), Skrekk (2004) and Odd Nordstoga (2004), among others. He was awarded a 3-year state scholarship for young musicians in 2006.